Is it Better NOT to Inherit?

Is it Better NOT to Inherit?

It makes a great story that we’ve probably seen on the Hallmark channel around the holidays: a struggling family suddenly receives a large inheritance from a long-lost relative, and it resolves all the injustices in their lives. Unfortunately, if you talk to wealth counselors and estate attorneys, they’ll say an inheritance often causes more trouble than it solves. As we’ve pointed out in previous blog posts, passing down your wealth requires a great deal of inter-family communication in order to mitigate potential conflict. Indeed, 70% of wealthy families lose their wealth by the second generation, and a stunning 90% by the third. So is it better not to inherit?

Some wealthy professionals believe so, and have taken steps to ensure that they don’t pass down the afflictions that plague the second and third generation descendants of rich people. Warren Buffet has famously described his intentions to leave his children: “enough money so that they would feel they could do anything, but not so much that they could do nothing.”

In fact, this idea is in line with the psychology of wealth. People who struggle to achieve financial stability tend to be happier than those who inherit success. The reason may lie with the purpose of work. Hint: It’s not actually to make money, but to be productive and achieve personal goals. A large inheritance can remove the motivation to strive and excel, and that would be a great disservice to pass on to your children. 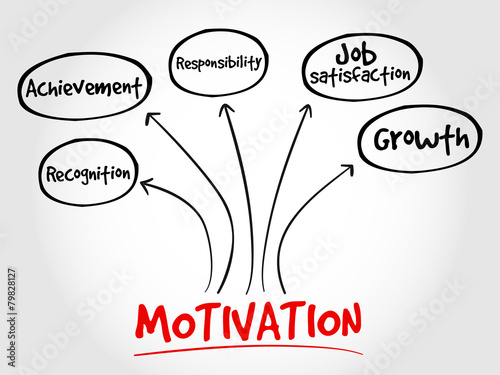 In addition, happiness is related to the direction of your financial growth. Someone who works hard and sees their bottom line steadily increasing over a period of years will have a very different relationship to their money than someone who inherits a large sum in their 40s and sees it either plateau or slowly diminish. Anyone who inherits a large sum of money can, of course, give the assets to charity and continue their limited lifestyle, but very few people do this because inherited money is so tempting. Most people look upon it as “found money” and do not restrain their impulses the way they do when they have earned it themselves. Even if your children don’t currently struggle with money management, it’s better not to inherit money outright.

Moreover, children of wealthy parents tend to have a higher expectation for their quality of life. A once-in-a-lifetime trip to Disney World or Europe might make one family feel they have achieved their life’s ambition, while children whose parents took them every year will regard such trips as necessary expenses, not indulgences. Children with wealthy grandparents will likely see the trappings of wealth from a very young age, and assume that’s what their life will look like when they are fifty or older. The truth is that achieving great financial success is a life-long process. To see only the end point, without recognizing the sacrifices that had to be made to earn that wealth, means many grandchildren don’t respect money the same way as previous generations. For such grandkids, it would be better not to inherit so they could learn the value of money. Of course, much like taking unpleasant medicine, it’s unlikely your heirs would view being cut out of an inheritance as a good thing.

Finally, whatever family tensions and dynamics exist will still be there even when there is plenty of money for everyone. In fact, inheritance tends to exacerbate sibling rivalries even when it is distributed equally. “Money is a magnifier and can enhance problems as well as good instincts,” says Vic Preisser, a founding director of Institute for Preparing Heirs. A son who takes care of his ailing parents for ten years may feel entitled to a larger portion of their estate than his younger sister, who has been estranged since she left home. Yet she may be in debt due to a bad divorce and feel her position justifies a greater share than her brother, who is independently wealthy. If they both get 50%, even though that seems fair on the surface, one or the other may still feel upset.

What’s the best course of action, then? Should we all, like Warren Buffet, Bill Gates, and Gloria Vanderbilt, leave our children to fend for themselves? How much inheritance is “enough, but not too much?” Is it really better not to inherit?

The answer to these questions will depend on your values and what you want to pass down to your children. We at the McKenzie firm have seen clients get creative with their estates. One family decided that their estranged son was not the best person to receive their assets, so they chose to set up a trust for the wife’s step-sister, who might otherwise not have received much financial help in life. Another client felt that supporting their children by providing money for their schooling was the most important gift they could give them. So their trusts limit distributions except for educational purposes. The documents we provide also allow clients to specify how they’d like their descendants to use their money, and some even limit distributions unless the beneficiary is “a productive member of society and providing for those dependent upon them.”

The decision of who will get your estate, and how they should receive those assets, is among the more important decisions you will make in regard to managing your money. Let us guide you through the process, pointing out potential pitfalls and opportunities along the way. Contact us today to get started.